Let’s not forget about autumn skies.

This weeks fall colors are being interrupted today to present part of a project I’ve been working on.

My father died seven years ago today. I don’t mark this day by bringing flowers to the cemetery or reminiscing. Instead, I try to do things that he would approve of: changing the oil in my car, taking a long ride in the country, or sing at inappropriate times.

My father bought a Polaroid Land Camera 100 in the year 1965. That camera saw a lot of use over the years. When we got a small 110 camera and one-hour photo development was more popular in the late-70s and early-80s, the Polaroid spent more and more time on the shelf. Eventually, it remained permanently on a shelf.

Earlier this year, I dusted off that Polaroid, got new batteries, bought some pack film, and started shooting. At first, I was just testing it out to see if it was anything I wanted to keep doing. It didn’t take long to know that I didn’t want to just put it back on its dusty shelf. I wanted it to be useful again.

And so I’ve been using it. Because it was my father’s camera, I started taking pictures of things that remind me of him. I like to think he’d appreciate that I’m using his camera again, but he always wanted a person to be in the picture. He said it would prove to people that we really did go to the places we said we’d gone to. I think he just liked getting goofy pictures of us.

I have been taking pictures of the same subjects with my pinhole camera as well. I think he’d get a kick out of it, even if there were no mechanical parts for him to take apart and try to put back together. I think there’s still a stand mixer somewhere in the basement that has never quite worked properly since he got his hands on it. 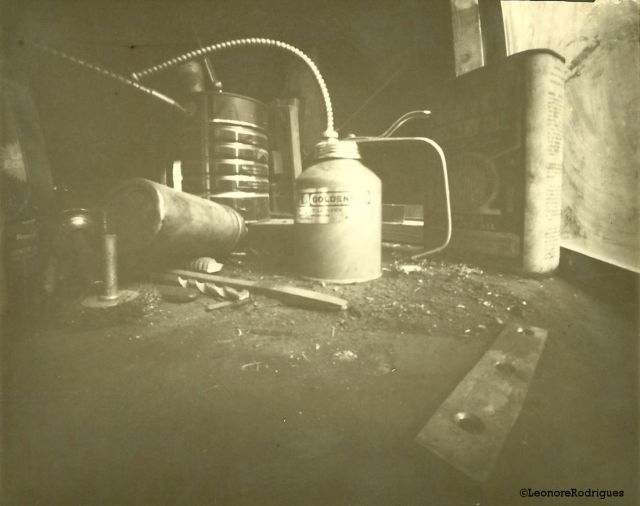 It might not look like there’s a person in any of these pictures, but to me, my father fills the frame in each one.

She doesn’t seem to have noticed Buzz’s absence. 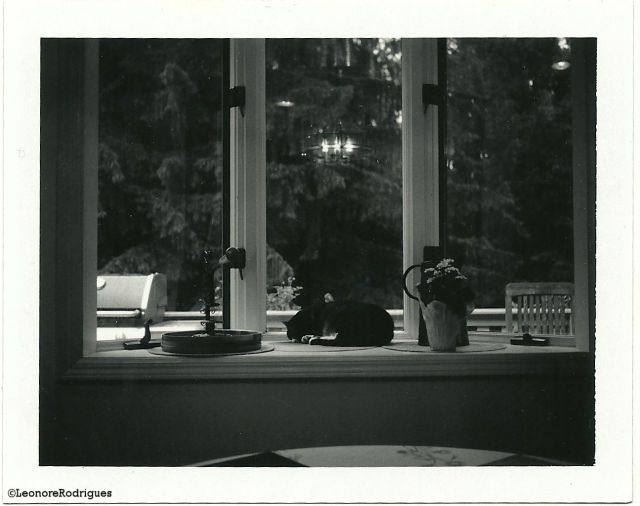 I’ve apparently been doing this for the past five weeks, but thankfully it’s almost over.

Tonight was the last meeting of my summer Intellectual Property class, and I’ve only got the take-home final to complete, which I plan to do tomorrow. Then I can get to work on a couple of new photo projects, which will be…

…ha! You’ll have to wait. This is just the teaser.